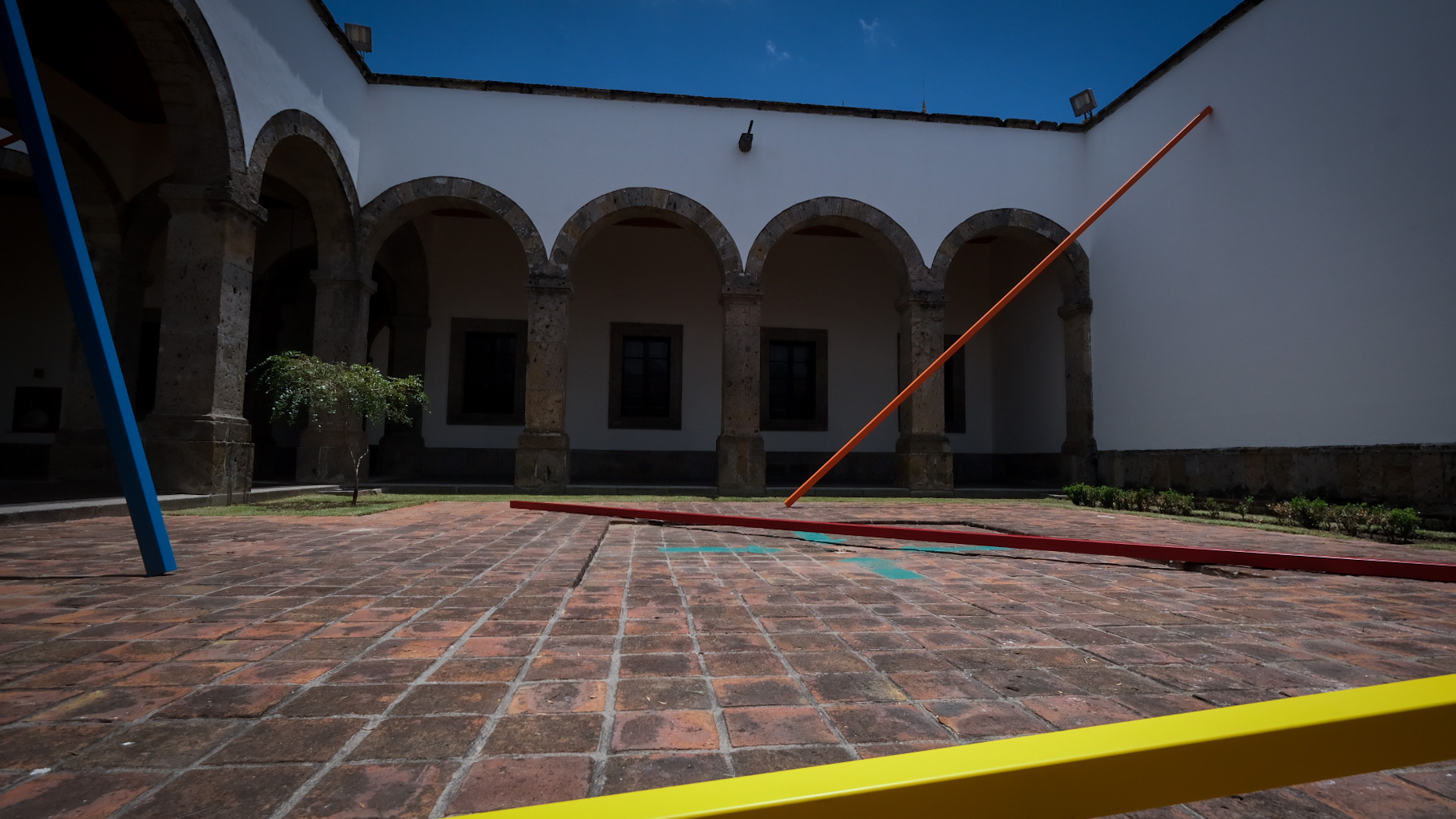 Francisco Ugarte, born in Guadalajara in 1973, is an artist and architect with over 20 years of professional trajectory; his abstract and multimedia work is based mainly upon the study of architecture and its effects, especially the role light, geometry and temporality play for space perception. He makes use of media such as sculpture, video, installations, painting, and drawing.

Francisco Ugarte’s artwork may be defined as a great and venturous leap backwards. Mentioned particularity has allowed him to observe, perceive and grasp his surroundings from a most singular perspective.

Both his plastic art work and his architectural endeavor start from that continued recognition exercise to then intervene, modify, add or take away, whether it’s a certain subject or a specific space or context. In his works remain a sophisticated media economy, a constant exploration into geometric shapes, primary colors, light, and, in the same way, an aesthetic approximation of emotional nature, sensitive to the wonderment of that which is there and now, temporarily, before us. Of what is real?

This showcase talks about works created specifically for this exhibit, with pieces produced during the last 15 years. The intention is to offer the public a general panorama of his career, and, simultaneously, emphasizing on the last consequences of remaining, by his own conviction, in a fructiferous, cadenced, and strategic rearguard. His recent work stands out by the way in which it experiments with gestural and intuitive painting, and the production of large format sculptures that, through drawings or minimal strokes, answer to the particularities of the location in which they are mounted. Underlying in both cases there’s a frank enjoyment, a creative emancipation.