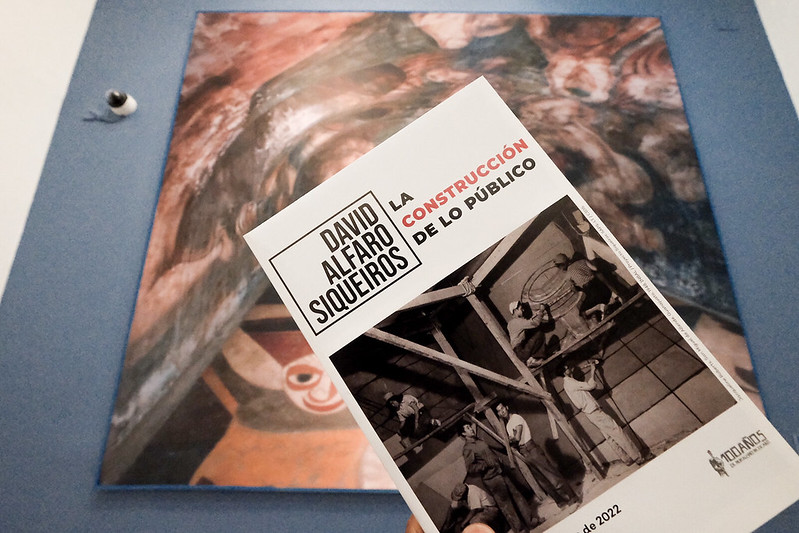 This review of the plastic and documentary collections investigates the use of geometry as a support for the constructive procedures that allowed David Alfaro Siqueiros to consolidate a pictorial proposal integrated to sculpture and architecture.

To do so, this exhibition uses a narrative based on the drawing entitled Portrait of the Tailor W. Kennedy published in the avant-garde magazine Vida Americana [American Life] (1921), edited by the master muralist and Catalan poet Joan Salvat-Papasseit. This work refers to William Kennedy Laurie Dickson, one of the inventors of the ocular mechanism called kinetoscope (1888) that produces the illusion of movement through photographic sequences.

In the 1930s, geometric forms and movement were central themes in Alfaro Siqueiros’ research. The artist sought to construct a new pictorial space that would allow interaction with the spectator, thus developing the concept of the “plastic box,” the starting point for what in the 1940s would become the concept of public art, an art for the masses that reflected social problems through the combination of painting, architecture and sculpture. “Artistic integration,” also linked to the use of new technologies, materials and tools, was one of the last chapters of Mexican muralism.