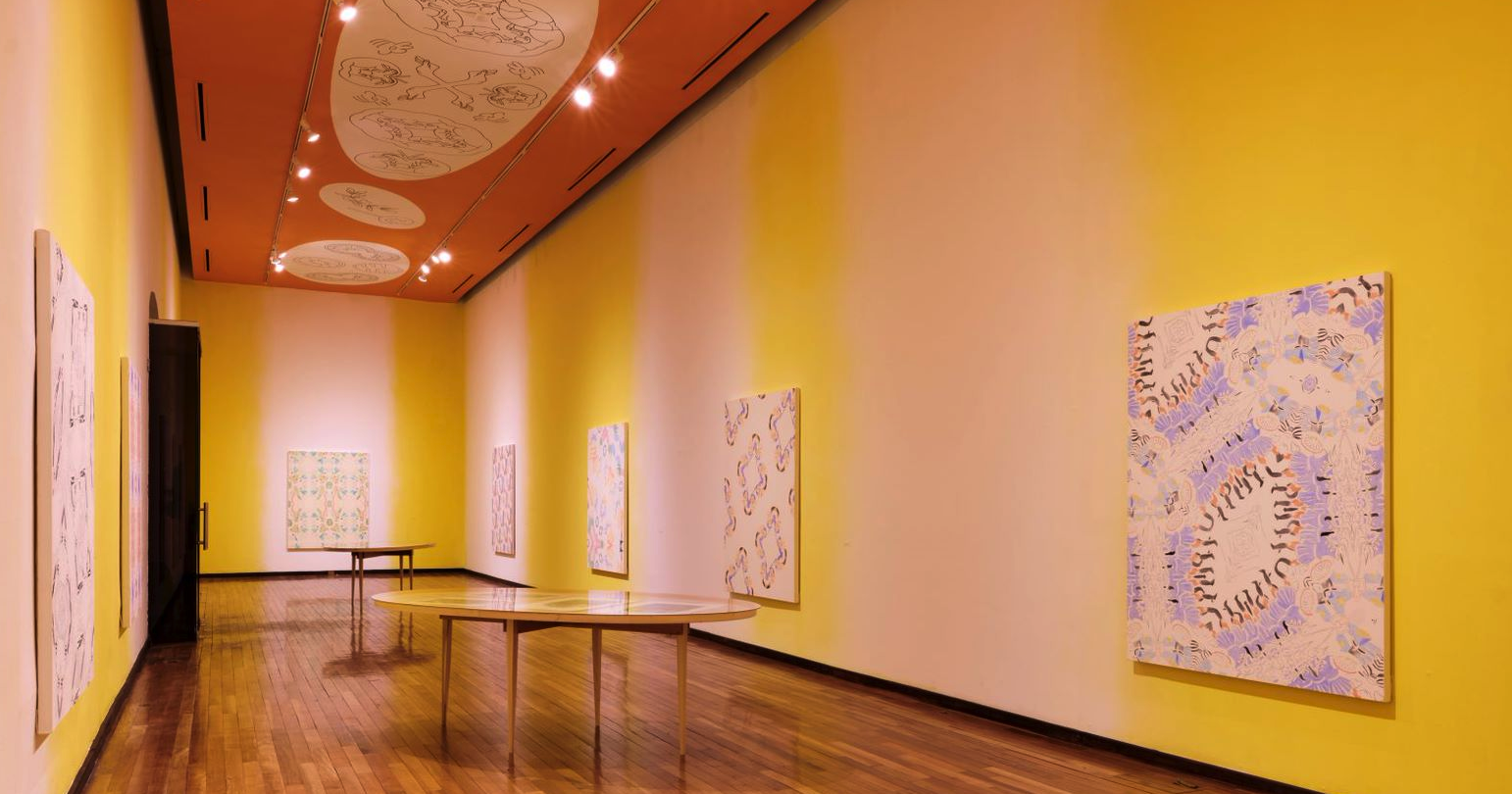 As part of the Centenary of Mexican Muralism celebration, the Museo Cabañas will open its doors to Las épocas caleidoscópicas [Kaleidoscopic eras] exposition by the French artist Elsa-Louise Manceux who presents a series of pieces which interact with Orozco’s work.

Elsa-Louise Manceux (Paris, 1985) connects different media, artistic supplies and images while questioning the difference between painting and drawing. This artist, based on pictorial experiments and experiences, mixes the imaginary aspects while linking the individual and the collective features, the technical and the anachronic sides and the environment with technology. Intertwining narratives with humor, this artist tends to propose installation formats and pieces made in-situ. Even though her visual style mixes several techniques and resources, her main base is drawing. Manceux has also ventured into fresco, tempera and gouache techniques.

In this individual exposition parallel to Apoderarse de todos los muros. Anteproyectos de José Clemente Orozco [Take possession of all walls. Preliminary drafts of José Clemente Orozco] framed during the Centenary of Mexican Muralism, this artist uses iconographies in this work of the Jalisco’s master, passing them as different drawing and refraction processes and highlighting its pictorial gestures and various representations of technological devices present in his murals.

In the words of Victor Palacios, the Chief Curator of Museo Cabañas, the research goal of Elsa-Louise dialogue with Orozco’s work “is unleashing aesthetic and conceptual exchanges among contemporary artists and a wide legacy of one the most outstanding creators of Mexican modern art. Based on prior studies and investigations about the heritage murals sketches of José Clemente Orozco which are held in this institution and about the mural and pictorial production, Elsa-Louise conceives and produces Las épocas calidoscópicas [Kaleidoscopic eras]”.

“This artist’s approach to Orozco’s sketches and murals is hardly pursuing a flattery end to his figure or a commemoration of the Centenary of Mexican Muralism. On the other hand, her plastic work is committed to emphasize the philosophical dilemma of repetition –present in Orozco’s recurring themes– in both critical gesture and existential posture”, concludes the curator.