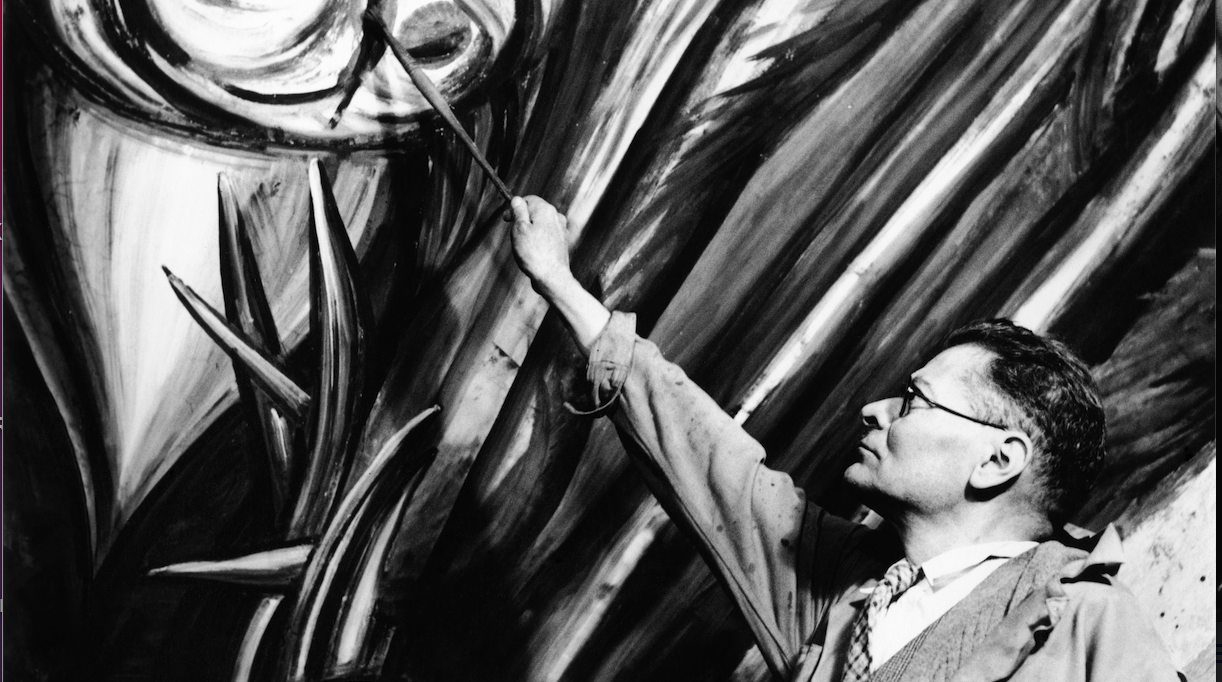 We celebrate the Centenary of Mexican Muralism with a great exposition of José Clemente Orozco’s sketches, heritage of Museo Cabañas, which shall be valued as a whole for the first time over the last 40 years.

Museo Cabañas is the house of José Clemente Orozco and not only holds one of the most important mural complexes of the Mural Movement of the major chapel, but also the sketches and works heritage of this Jalisco’s artist. This is how we will celebrate the Centenary of Mexican Muralism, with a project which was developed after making a detailed review of Orozco’s heritage, in order to look back at the wide trajectory of one of the greatest muralism representatives. Since its opening in 1983, Museo Cabañas has had as one of its essential guidelines to preserve, exhibit and enrich the wide artistic legacy of José Clemente Orozco (1883-1949). It also holds a collection of works that consists of 340 pieces. From this whole, 221 works are murals previously analyzed. Their relevance, besides being historic and artistic, lies in being a reflection of creative processes that were part of the mural production of this creator. This set of sketches covers a chronological time period from 1922 to 1947, a period which incorporates works from his first murals until his last creative phase. This exposition will show as a whole these series of preliminary drafts which is how Orozco called them. Victor Palacios, Chief Curator of Museo Cabañas, points out that “these works address both compositional interests and anatomical or gestural studies. Sometimes they are related to his emerging works as a sharp political cartoonist”,
It starts with his 1922 sketches, the year in which he started painting murals at the Antiguo Colegio de San Ildefonso [Old College of San Ildefonso], then it was his time in the United States, Guadalajara and it finishes in 1948 with his murals at the Escuela Nacional de Maestros [National College of Teachers]. The goal is to bring the public closer to the artist’s studies by recognizing the influence Orozco had throughout the American continent.
More than having a chronological selection, the goal is to establish beautiful, technical and historical interactions that show the relevance of this heritage. Curatorship also tries to offer a general panorama of the context in which each mural was created, as well as showing the diversity of sizes, basis and techniques used by Orozco.
This project was benefited by the EFIARTES program and the contributing Jalisco’s company is TRACSA.

As part of this project two individual expositions of contemporary artists were presented as exhibitions linked to Orozco’s plastic language and his sketches: Florencia Guillén (Mexico City, 1977) and Elsa-Louise Manceux (Paris, 1985). “Both artists offer aesthetic approaches which are peculiar to their artistic practices, such approaches also are enriching, polemic and accurate in relation to the legacy of one of the most influential and recognized artists of Mexican’s modern art” stated the Curator. An Academic Program which will delve into Orozco’s works and a variety of mediation activities will also take place during the months when Apoderarse de todos los muros [Take possession of all walls] will be exhibited.

Thursday, September 22, 2022
Conversatorio
Discussion board
Dr. Dafne Cruz Porchini and Dr. Claudia Garay Molina
“Orozco, Guadalajara y Jiquilpan. Un enfoque crítico” [Orozco, Guadalajara and Jiquilpan. A critical approach.]
This discussion board Will Delve into the relationship Orozco had with Jiquilpan’s people, focusing especially on the mural commission at the Public Library Gabino Ortiz (1940) which is a benchmark of a potential relationship with Lázaro Cárdenas, as well as with the elites of Jalisco’s capital.

Thursday, October 13, 2022
Conversatorio
Discussion board
Dr. Sandra Zetina Ocaña and restorers of the Escuela de Conservación y Restauración de Occidente [The School of Conservation and Restoration of the West] (ECRO), “Análisis sobre la materialidad en la obra de José Clemente Orozco”, [An analysis about the material nature on José Clemente Orozco’s work.]
This roundtable will emphasize the main aspect of Orozco’s artistic work: the use of materials –such as pyroxylin and the fresco technique– and pigments both in his easel painting and his mural painting. Technical and material studies have become an important subject to give new interpretations about this artist.

Saturday, November 12, 2022
Closing conference
Dr. Renato González Mello, “José Clemente Orozco y la pintura de historia”, [José Clemente Orozco and a history painting.]
The responsible of this closing activity will be Renato González who is one the greatest specialists of Orozco’s work and muralism in general. His contributions have established innovative study paths in order to understand the subjects and content of this Jalisco’s artist throughout two decades.