The man who should be dead. The future battle 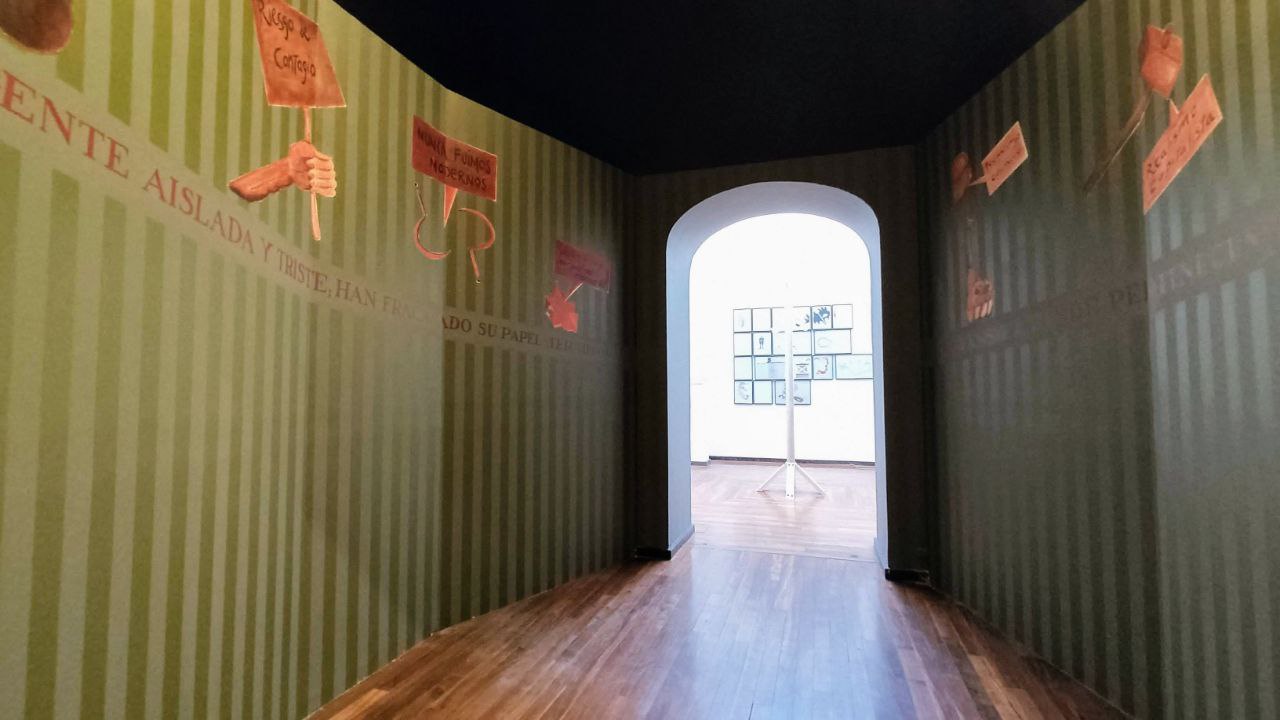 I consider my drawings an organism where all the elements
that make that make life possible can be conjugated. I speak
of what is very close to me but also to any person. I assume
fear as a means of creation.

In downtown Mexico City, from his adolescence, Daniel Guzmán Osorio (1964) began to transmute his experiences and the cultural environment that surrounded him through drawing; comics, horror movies, popular magazines, rock, pornography and science fiction were his raw material. The continuous exercise of the transformed copy from his own incipient subjectivity served as the vortex of his creative drive.

Where to or how to process graphically everything offered by an increasingly mediatic and globalized world after the fall of the Berlin Wall in 1989?

His time at the UNAM National School of Plastic Arts (ENAP) in the early 90s was decisive. Not only was he fortunate to learn from important figures such as Gilberto Aceves Navarro and Guillermo Santamarina, but also to befriend a group of colleagues with whom he co-founded the independent studio Temístocles 44 (1993-1995).

This center for learning, experimentation and collective production included artists Sofía Táboas, Eduardo Abaroa, Abraham Cruzvillegas, Pablo Vargas Lugo, Damián Ortega, Fernando García Correa, among others. The result was an effervescent hotbed ideal for exploring other languages and strategies typical of the post-conceptual art of those years. Drawing, instead of waning, found related fields in other media such as sculpture, installation and video. At the same time, his work began to be nourished by literary and philosophical texts as part of an intense dialogue with the artist Luis Felipe Ortega. Since then, his main references have been visual artists such as Dan Graham, Mike Kelley and Bruce Nauman, as well as writers such as Samuel Beckett, Roberto Bolaño, Charles Bukowski, William Burroughs and Phillip K. Dick, to name a few.

This exhibition, a postponed but tremendously evocative, political and fractured wake, is the result of the artist’s last five years of work. However, it gathers in parallel a revealing set of works, documents, artifacts, notes and unclassifiable detritus that have been the genesis and an indisputable catalyst of his present. It is a visceral archive of his narrative meanderings and vice versa gradually engendered by more than four decades of future battles. The structure of the exhibition, in the form of a publication, consists of the following three chapters:

1. We are all archaeological sites.
2. The twilight zone.
3. This is the trap. This is nowhere and it is forever.

Guzman Osorio seems to have reached that lurid and fascinating point mentioned by the Swedish writer Sven Lindqvist in his book Exterminate All the Brutes (2004). “In the tunnel’s darkness, the digger very easily loses his bearings. It is here that his art is put to the test.”