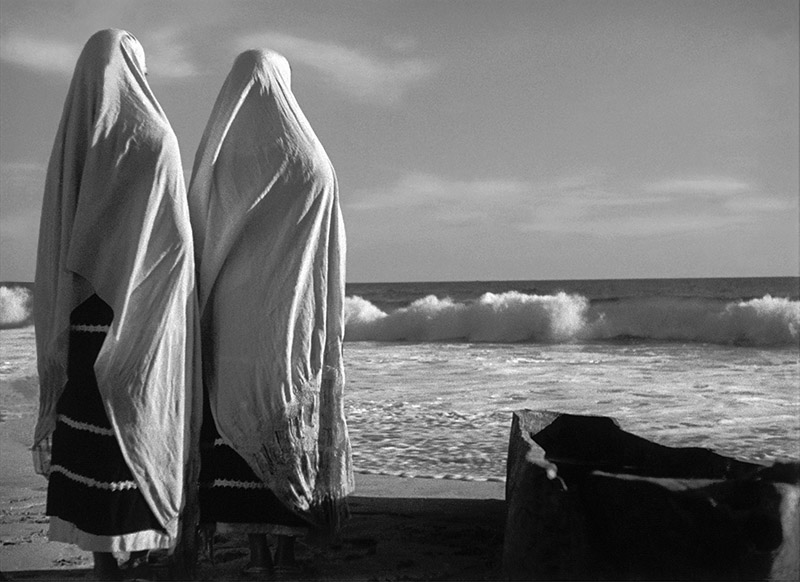 Burying one’s feet in the landscape is a project from curator Lorena Peña Brito, who puts forward a reading from art to problems, such as environmental exploitation, displacement, and physical and symbolic violence, having as starting point the illustrations made by José Clemente Orozco in 1946 for John Steinbeck’s novel The Pearl. These are accompanied by artworks of different local and international contemporary artists, who work from different media. The exhibit is a collaboration between Museo Cabañas and KADIST, and is made up of 30 pieces among video, installation, painting, photography, and drawing, having coastal landscape as a guiding line.

Since the invitation Museo Cabañas made to the curator from Guadalajara, Lorena Peña Brito for an archive review and to explore KADIST’s collection, the aim was to find a common theme with which to create an exhibit getting both collections together. Lorena then started by digging into Cabañas’ archives, and found two pieces by José Clemente Orozco, part of a series of illustrations that the muralist made specifically for John Steinbeck’s novel —published in 1947. This lead to the questioning of how Orozco had ended up collaborating in such a project. She started reading the novel and found that the coast is the stage for situations that make evident certain realities about human relationship with nature; how we profit from it, and abuse it. Different social issues with no apparent expiration date emerge from this fact. Steinbeck’s novel met the big screen with Emilio “El Indio” Fernández, with Gabriel Figueroa in photography.

The pieces included by the curator of Kadist Foundation are mainly videos.

Our collaboration with KADIST

It is an organization devoted to disseminate the relevance of contemporary art within social discourse. Their programs include collaborations with artists, curators and art organizations around the world. They are present in Paris and San Francisco. Exhibits, public events, residencies, and educational initiatives are some of their main activities. Burying one’s feet in the landscape is the first collaborative program between Kadist and Museo Cabañas.

Lorena Peña Brito is a curator, writer, and cultural manager. Her studies are focused on Art Criticism and Curatorial Management, and she is a student of the Master’s Degree in Critical Theory, in 17, Institute of Critical Studies, in Mexico City.