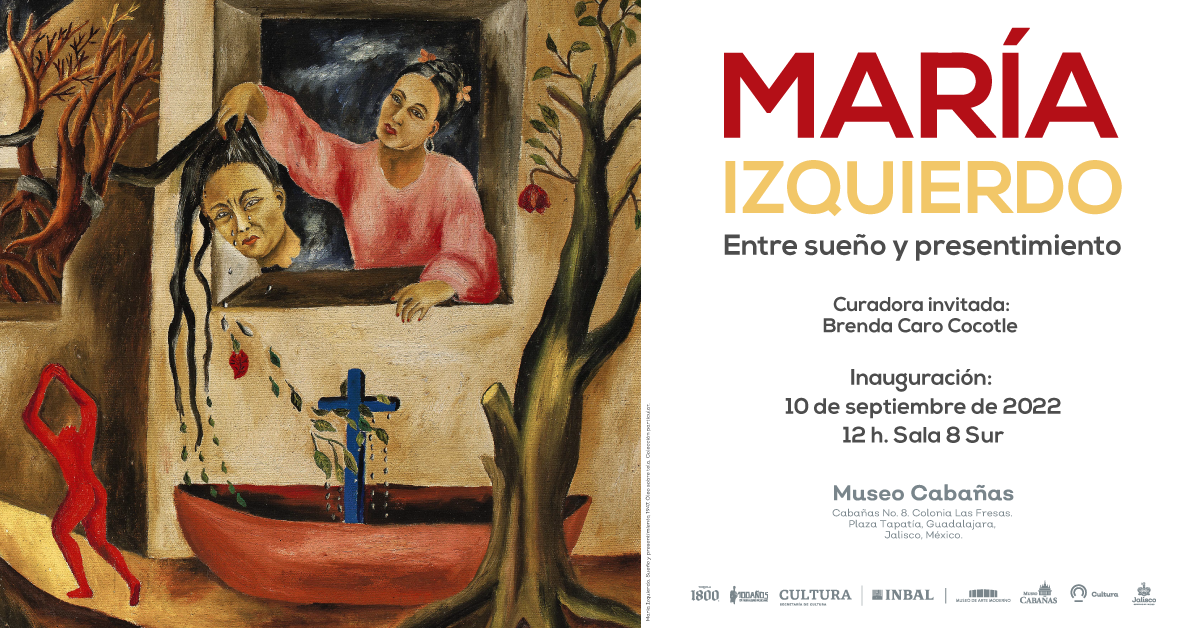 María looks back at María; María, the one in the dream, murmurs to that other one, the one in the painting who in turn multiplies to return to that María, the artist, the one with the premonition who — and from whom — has forged an image that appears unified but, in reality, consists of multiple facets incapable of being encompassed in a single glance.
One would assume that to fully understand an artist’s aesthetic proposal and relevance within cultural history it is necessary to compile their body of work comprehensively in the form of anthological studies or retrospective exhibitions. Undoubtedly. Comprehensiveness, however, is not the only way, particularly if relevance is not understood as an accumulation of data or works but as the possible dialogues that can be established today with that artist and in the questions, concerns and ambiguities that they raise, even if they have not shared the same friendships, space, context and time in life.
In this exhibition, María Izquierdo’s painting Sueño y presentimiento [Dream and Premonition] is seen as a starting point. Created in 1947, this painting is significant in more ways than one. Not only does it synthesize several of Izquierdo’s motifs and plastic quests — the commitment to an aesthetic discourse that could be called Mexican (but not nationalist) yet still universal enough, open to avant-garde proposals such as the metaphysical painting of De Chirico or some hints of surrealism; it was painted a year after the fierce battle waged by the artist after the cancellation of the mural project for the then Department of the Federal District (Mexico City) and a year before the hemiplegia she suffered that made it impossible for her to paint for a long period of time.
Thus, the work is a kind of crossroads where María is found in her multiplicity, between the public —her role as an artist, her activity as a cultural manager, critic and in favor of greater recognition of women in the field of art— and the private —the subjectivity of dreams and the quasi-impossible images of self-representation captured by her personal photographs— thanks to the dialogue with the documents that Izquierdo herself compiled in her archive, currently held by the Museo de Arte Moderno in Mexico City.
María, the Izquierdo, the one in the dream, the one with the premonition, the one with the mural which was not, the one who set up exhibitions in her house, the one with the braids, the one with the empty landscapes, the one with the garnet color, the one in the photos, the one born in San Juan de Los Lagos; María, that María of whom it is assumed that everything has been said, manages to remind us that she has the last word and that it has not yet been enunciated.