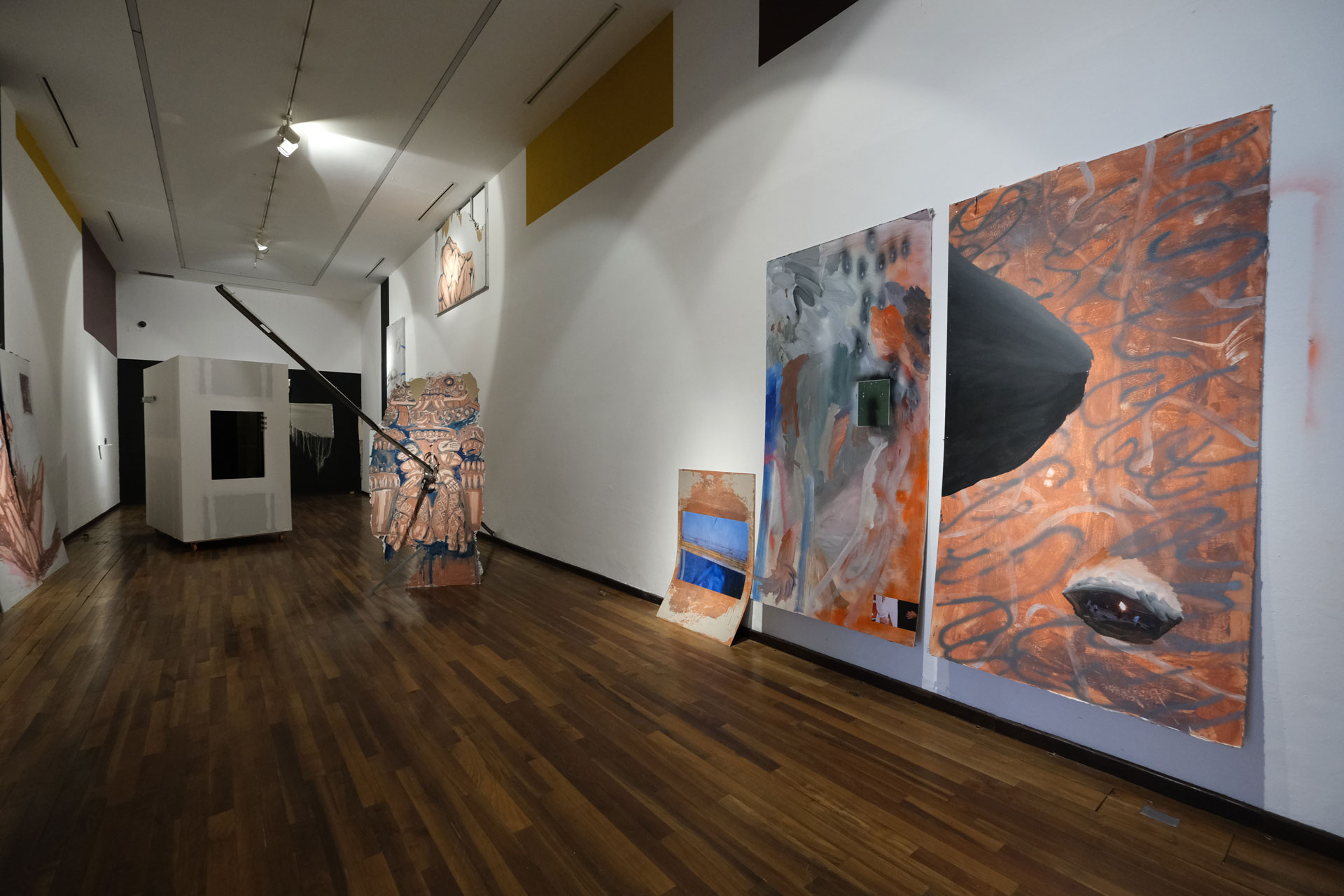 What should be questioned is accepted without debate. Instead of observing… we assert!

Within a dialogue, production and exchange dynamic, young artists living in the city were called to perform a collaborative exercise focused on generating questions over the notion of “received ideas”, movement that emerged during the 18th Century as a reflex act of critical and revolutionary thinking of the Enlightenment. This cultural, scientific, and intellectual movement was characterized by challenging the paradigms that, until then, were understood as absolute truths, transmitted from one generation to the next. Namely, those preconceived ideas, stereotypes, or adopted clichés, absorbed since childhood as indisputable facts explaining the world and determining the role that we must carry out as individuals of a society. For example: progress is good, art is beautiful, democracy is democratic, the universe is something in expansion, among others. Whereas it is clear that no one can remain immune to the received ideas, the dilemma resides in what to do with them.

In this sense and to carry out this creative exercise, during the month prior to the opening of the exhibition, the seven convened artists employed the rooms of the museum as their workshop with the intention of producing pieces with a series of limited materials —most of which were residuum of the museum. The purpose was to produce in a common way, and in constant dialogue, a set of pieces, that were integrated as a great site installation. During the months of the exhibit, the artists will continue to attend the museum to work, offering visitors a showcase in constant transformation.